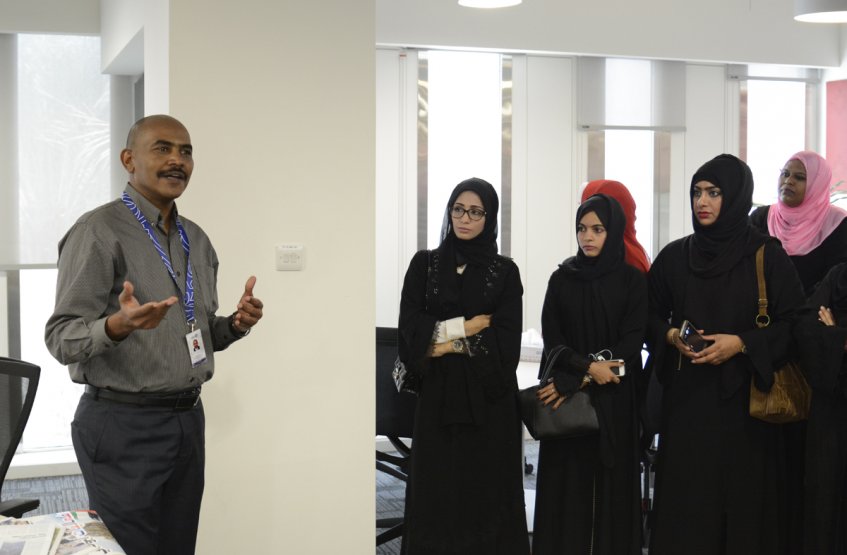 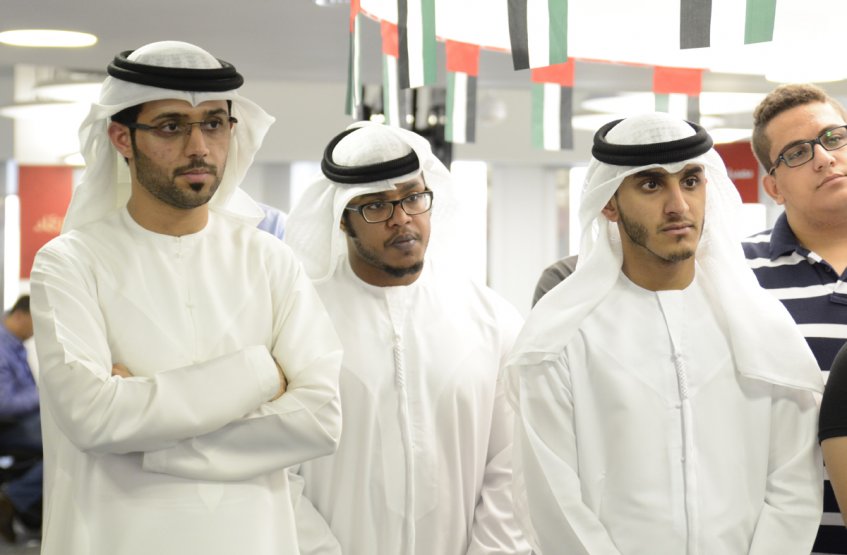 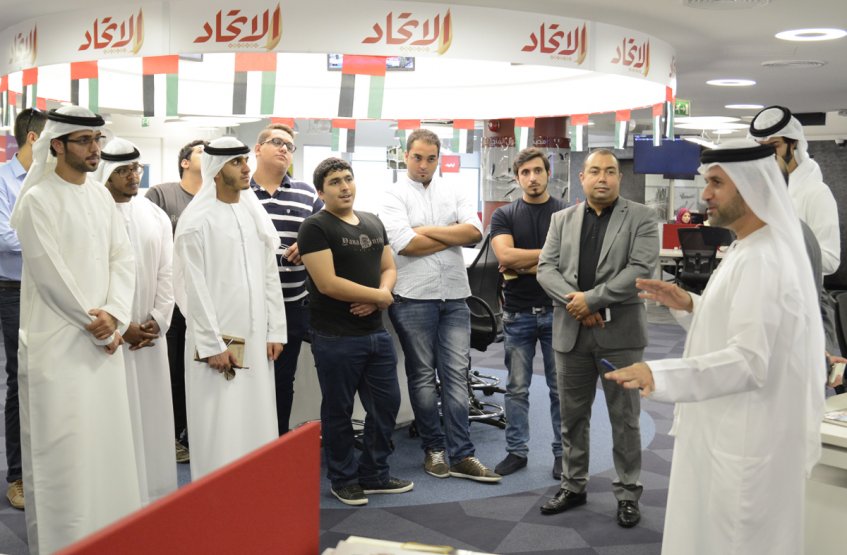 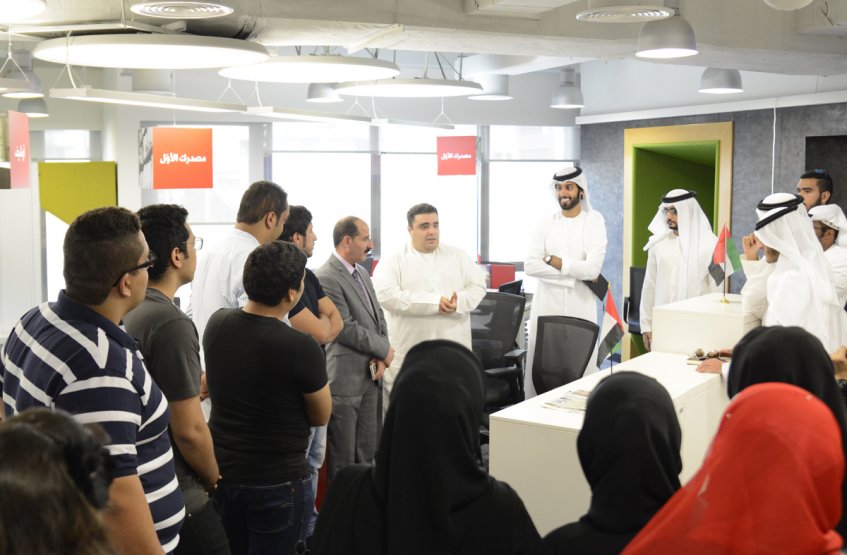 He also briefed the delegation, which included Dr Khuzaim Salem Al-Khozam, Dean of the College of Communication and Information, Dr. Riad Al Galilee, a professor at the College and the college students on the functioning of the newspaper. The visit included a discussion on the mechanism of journalism and the future of journalism under the challenges of digital media and social media.

The delegation also met With Hussein Rashid, the Chairman of Media and Intelligent Correspondents, who talked about the newspaper’s history and its role on the local scene since its release more than four decades ago.