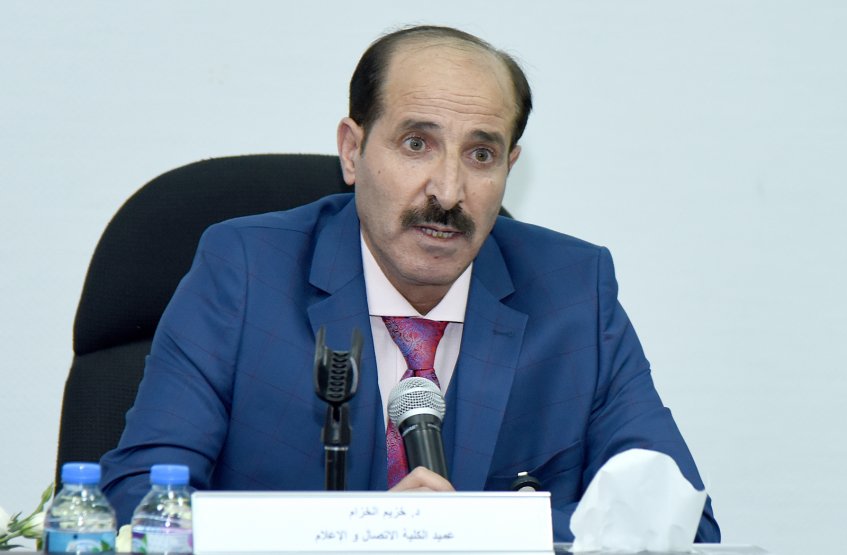 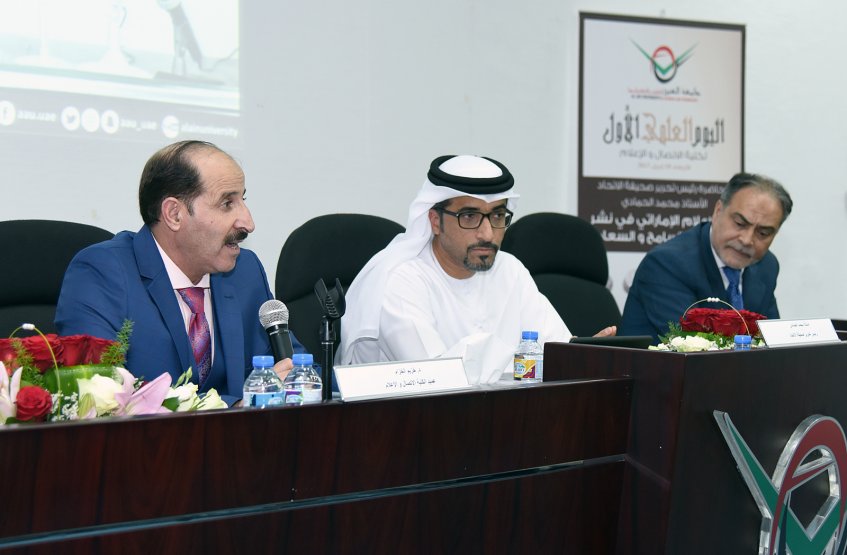 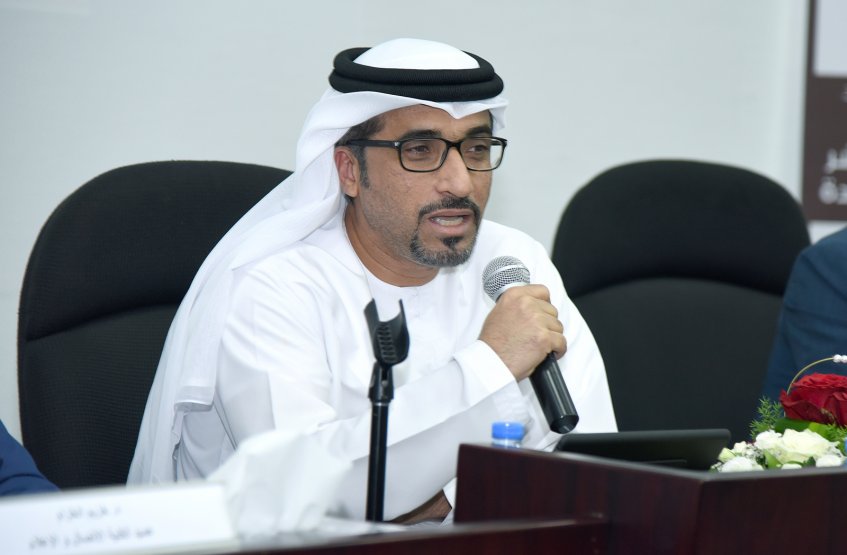 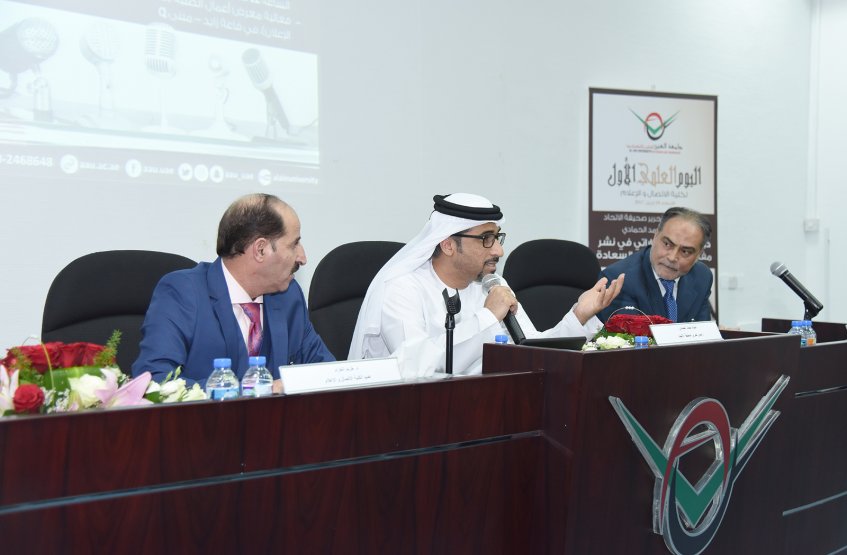 The writer and journalist Mr. Mohammed Al Hammadi- Editor in Chief of Al Ittihad Newspaper visited Al Ain University within the First Scientific Day of the College of Communication and Media, which was organized by the college at Al Ain Campus, in the presence of Prof. Abdulhafid Belarbi –AAU Vice President (AlAin Campus), Dr. Ibtehal Aburezeq –Dean of Student Affairs, Dr. Khazim Al Khuzam –Dean of the College of Mass Communication and Media, academic staffs from the college and other colleges of the university, AAU students and number of  journalists and academicians from outside the university.

The event included a seminar presented by Mr. Al Hammadi about “The role of UAE media in spreading a culture of tolerance and happiness”, in addition to a student’s works exhibition from majors (Journalism, Public Relation and Advertisement).

Mr. Al Hammadi discussed several aspects about media establishment in UAE before the union, the violence speeches published by media that will affect tolerance among peoples, the need of transferring good content to people, in addition to the social media impact on what is happening in the world.

Al Hammadi also stressed on the importance of reading, and the need of the journalist to be a good reader so he can discover the truth and broadcast a good content without any prejudice, pointing to the importance of media ethics and practicing the media work responsibly.

At the end of the seminar questions and discussion were opened between the audience and the guest, Mr. Al Hammadi also participated with Prof. Belarbi and Dr. Khuzam in honoring the distinguished students of the College of Mass Communication and Media, and then they toured the student’s works exhibition. Al Hammadi appreciated the student’s efforts and provided his special thanks to Al Ain University for the kind reception.

Prof. Belarbi expressed his happiness in the presence of Mr. Al Hammadi  as well as appreciated the students efforts and their works which carried new ideas, and reflected the excellence of continuous and diligent work.

For his part, Dr. Khuzam provided special thanks to Mr. Al Hammadi for his attendance and the valuable advices gave to the students, he also expressed his happiness and appreciation for the efforts made by the students to organize the scientific day, which is being held for the first time at Al Ain University for Science and Technology and wished them more brilliance in the future.

Sustainability and Environmental Measures for Engineers

Raising awareness of Addiction in cooperation with the “Drug Control”